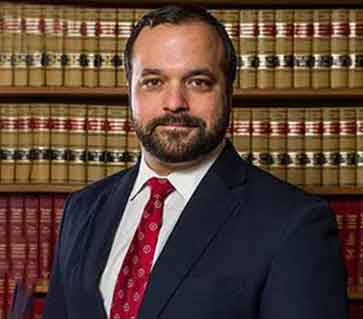 Mr. Garcia advises and represents corporations, associations, owners, general contractors and subcontractors in his commercial and construction law practice, franchisees in his franchise law practice and individual plaintiffs with contract and tort based claims.

Mr. Garcia was named to the New England Rising Stars list as one of the top attorneys in New England in  2018 and 2019.

Before joining Garcia & Milas, Mr. Garcia practiced in Chicago and the surrounding counties for four years. Mr. Garcia practiced both civil and criminal law. He represented companies of all sizes as well as individual plaintiffs and defendants in his civil practice. In his criminal practice Mr. Garcia represented clients accused of simple misdemeanors, to violent felonies to complex federal narcotics charges. Through his civil and criminal practice, Mr. Garcia accumulated a wealth of court litigation experience before bringing his skill set to Garcia & Milas.

Education: Justin Garcia joined the firm in July of 2013. Mr. Garcia graduated from Wheaton College in Massachusetts with a B.A. in Sociology and earned his J.D. from The John Marshall Law School in Chicago, IL. He was admitted to practice in Illinois in November of that year and Connecticut February of 2011. Mr. Garcia is also admitted to the federal court in the Northern District of Illinois.