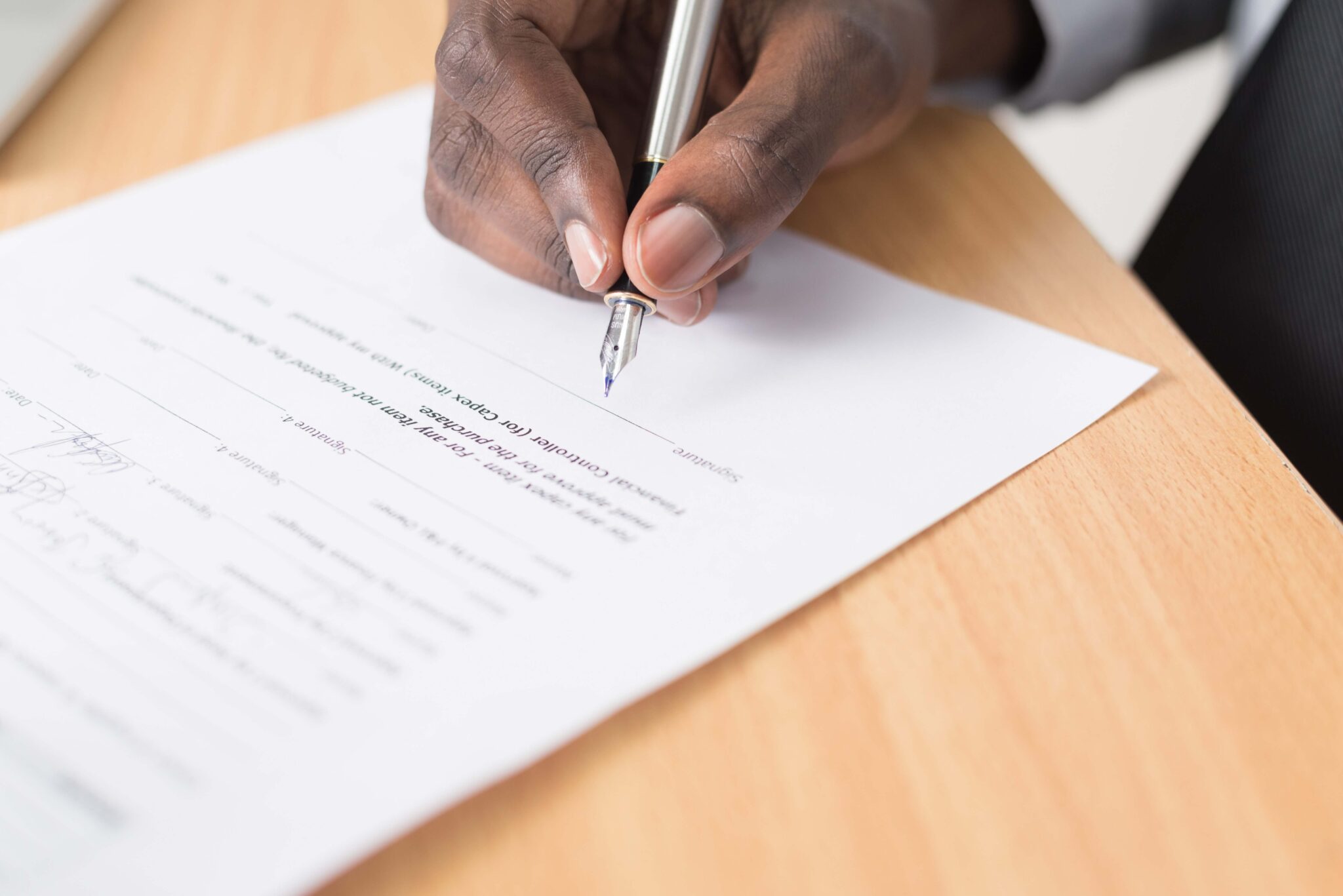 Is your Franchise or Employee Non-Compete Agreement Enforceable?

Including a non-compete agreement in your franchise or employee contract is common practice (and recommended) for employers. If your business has a non-compete clause included in the terms of employment, find out if you meet the legal standards set by the Connecticut court.

What is a Non-Compete Clause?

Limited restrictions on competition by employees after the termination or expiration of their tenures with their employer or franchisor are commonplace across the nation in a vast number of businesses. Connecticut, like most jurisdictions, is hospitable to these restrictions if they are reasonable, meeting the standards set forth by the Connecticut Supreme Court.

This article focuses on the non-compete law in Connecticut and how recent cases have implemented Connecticut non-compete standards. Nearly all of the examples provided below are employee cases. However, there are important franchise precedents that should help guide Connecticut franchisors when drafting their non-compete agreement as well.  In general, all of these cases are driven by their own facts, but the standard legal principles apply.

The Basic Framework of Non-Compete Agreements

The Connecticut Supreme Court set forth in Deming v. Nationwide Mutual Insurance Co., 279 Conn. 745, 905 A.2d 623 (2006) and Robert Weiss & Associates, Inc. v. Wiederlight, 208 Conn. 525, 546 A.2d 216 (1988),  the essential factors a Court considers in determining whether a non-compete is enforceable to restrict post-employment activity. Note that this does not matter which side terminated, or whether the relationship simply expired.

Deming teaches that an employee restraint is reasonable to protect the employer’s legitimate business interests such as trade secrets, customer lists (and goodwill), while protecting the employee’s need to earn a living, and the public interest (an amorphous concept).

Weiss identifies the traditional five factors that are evaluated to determine reasonableness:

For a non-compete agreement to be enforceable, the employer is responsible for satisfying all five factors.*

For your reference, here is a list of the recent Connecticut Non-Compete Court Cases involving employees:

The Court enforced by preliminary injunction a one year, fifty mile non-competition restriction against a recruiter. In its discussion it stated that protecting customer information /customer contacts is one of the legitimate interests of a covenant, that time periods of three years or more have been upheld, and geographic areas of an entire state or even the nation or beyond are appropriate in some cases.

The Court enforced a two year twenty-five mile restriction, holding broadly that “geographic restrictions are reasonable when they protect the areas in which a company does business”. Id at * 10 (citations omitted). The Court also enforced a contract provision which provided the time period was “tolled by the length of time that Brown has breached these provisions”, Id, so that the one year period started when the Court ordered the preliminary injunction enforcing the restrictions.

The Court considered a non-competition covenant that stated the remedy for violation was forfeiture of employee benefits. It ruled the covenant must still be analyzed for reasonableness.

The Court discussed the history of non-competition covenants dating from 1414(!). It denied injunctive relief to prevent the violation, ruling the covenant too broad where the former employee was denied any opportunity to utilize his skills anywhere. It also discussed the Connecticut law that provides a court may “blue pencil” a covenant to make it reasonable and enforceable (by striking out parts), and that some rare decisions have even rewritten covenants (e.g. geographic areas) to make them reasonable and enforceable.

Evaluating three separate covenants, one a general non-compete, one preventing only solicitation of customers previously dealt with, and one safeguarding proprietary information, the Court enforced the last two. It declined to enforce the general non-compete because that barred the former employee from working anywhere in the world in his specialty, and particularly where his former company was enormous, one of the market leaders, whereas his new employer (also a defendant accused of tortiously interfering with his contract) was a “mouse”.

The Court denied a temporary injunction where the ex-employee had only “niche skills” but was barred from working in any capacity whatsoever for any competitor. The Court recognized it could revise the covenant to make it reasonable but declined to do so where the unreasonable restraint went to the “heart” of the contract.

The Court in a financial services case addressed three covenants–a general one year 25 mile non-compete, a non-solicitation clause and a non-disclosure of confidential information clause. Enforcing all by temporary restraining order, the Court also found that the plaintiff had lost $76,000 in lost profits to date due to the violation of the non-compete, and it issued a pre-judgment remedy to safeguard the defendant’s assets pending trial.

The Courts are even more favorable to franchise agreement post-term restrictive covenants, recognizing the harm to franchise systems where a former franchisee competes, even without use of the franchisor’s trademark. In Connecticut, there are relatively few reported cases.

How to Draft an Enforceable Non-Compete Clause

To help, we have put together a list of tips drafters should consider when writing a non-compete agreement. This will help to ensure that your non-compete restrictions are enforceable by law.

Here are seven tips to consider including when drafting a non-compete agreement for your franchise or business.

Your covenant is reasonable if you can justify it on the witness stand.  Instead, you should seek what is truly necessary for your business.

Make each covenant a separate restriction so if one is struck down the Court can uphold the others.

Be sure you intend to continue doing business in the market covered by the restriction.

Tip #4 – Include a Covenant

Include a provision allowing the Court to modify the covenant(s) if it finds any of them overbroad, or to sever a non-enforceable portion and enforce the remainder.

Be sure to include a provision that the restriction begins at the latest of termination or expiration of the contract or when the franchisee abides by it or a court enforces it.

Tip #6 – Include a Reimbursement Guarantee

Have your drafter include an express right to an injunction without bond.

Include a right to attorney’s and expert’s fees and costs.

Allan P. Hillman is an attorney at Garcia & Milas Law Firm in New Haven, CT. Mr. Hillman specializes in Franchise and Distribution Law, Trade Regulation and Antitrust Law, Commercial Litigation and Arbitration, Intellectual Property Law, Defamation, and Trade Association Law. He has been ranked as a Super Lawyer for the last consecutive five years (2015-2020). Allan Hillman has been named to Best Lawyers in America 2020 for his Franchise and Distribution legal work.

Garcia & Milas Law Firm located in New Haven, Connecticut represents franchisors and franchisees nationwide, as well as start-up companies and wholesale distributors. Our experience with the franchise model from both the franchisor and franchisee perspective provides us with valuable knowledge and insight that we apply to the benefit of our clients.

We help our clients evaluate whether a franchise system is a beneficial way to develop their business, assist them in structuring franchise business programs and entities, prepare and register FDDs, and advise on legal compliance matters.

Our firm provides a full range of services in all aspects of developing, registering, offering, restructuring, and expanding franchisor businesses. To learn more about the services our expert business and franchise attorneys offer, visit our Franchise and Distribution Law page.

Contact us to find out how we can help you today!