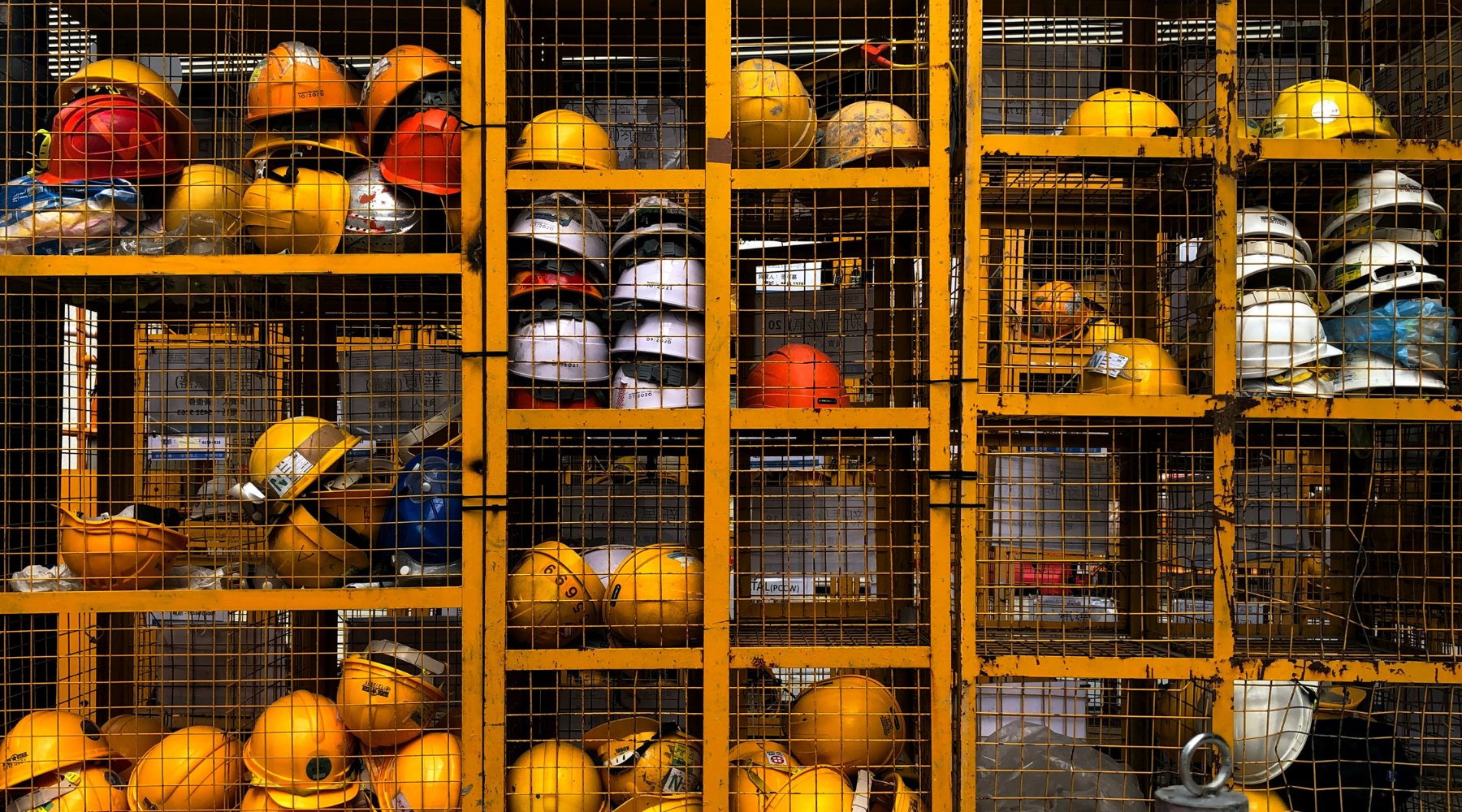 Garcia & Milas obtained a jury verdict in favor of Hilltop which, with interest required by statute, will result in a judgment in excess of $2,400,000. The Court also allowed legal fees and the application for the fees and costs is still pending.

Hilltop developed housing in Walpole, MA. Hilltop hired Hodess Building Company to construct the project. Hodess posted a performance bond on the AIA 312 bond form issued by Continental Casualty Company, one of the CNA companies. Hodess defaulted on the construction contract. Hilltop forced the surety to pay for the completion of construction and assume Hodess’ warranty obligations. The Surety refused to correct certain conditions covered by the warranties. Hilltop corrected the defective work and sued the Surety under the performance bond. The jury in the Massachusetts District Court for the District of Dedham found in favor of Hilltop, awarded $2,000,000 and reduced that by $530,000 for betterments effected by Hilltop in the corrections. With interest, the judgment will be in excess of $2,400,000. During the trial, the court decided that under section 6.4 of the Performance Bond, Hilltop was entitled to recover attorney’s fees and costs. No other reported case has so held based on this form of Performance Bond. The application for the fees and cost is pending. The Surety was represented at trial by Hinshaw Culbertson.

Garcia & Milas obtained an arbitration award in favor of Berry against Yale for $4,924,803.

Berry was the Construction Manager for the reconstruction of the Jonathan Edwards College at Yale, one of the oldest of the Yale residential dormitories. Berry finished the construction on time for Yale to use the Project when school opened in August 2008, despite the fact that the construction costs ran over budget by some 50% as a result of Yale’s directions and unforeseen conditions. Yale refused to pay Berry and several of the subcontractors for work performed. Before arbitration, Yale and Berry settled all the subcontractor claims, leaving only Berry’s claims for additional compensation. Yale’s form contract required the parties to engage in 10 day “chess clock” arbitration. Yale was represented by Robinson and Cole in subcontractor negotiations and at the arbitration by McElroy, Deutsch, Mulvaney and Carpenter, LLP (Pepe & Hazard).

Garcia & Milas recovered an award in favor of White Oak which together with interest is now in excess of $10,000,000.

White Oak constructed the northbound three lanes of I-95 over the Pequannock River in Bridgeport Connecticut. The State forced the surety to take the Project over after a series of disputes stalled construction. White Oak, together with its surety commenced arbitration against ConnDOT. White Oak obtained what is reported to be the largest award of money damages granted against ConnDOT arising from a construction project, now, with interest in excess of $10,000,000. The ConnDOT has appealed the award. ConnDOT was represented by Carmody and Torrance.

In a matter of first impression, Garcia & Milas obtained a ruling from a court allowing AP, the general contractor, to assert mechanics lien rights superior to the bank holding the first mortgage on a failed construction project. The decision allowed AP to claim its lien for unpaid work was superior to the lien of the first mortgage held by the bank.

AP entered into a contract to construct Southport Green for a developer and at the loan closing signed subordination agreements recognizing the priority of the bank’s mortgage. During construction the Developer defaulted on the loan when the Project was about 60% complete. The banks allowed the Contractor to complete construction, controlled the funds and allowed the Developer to make representations about anticipated payments to induce AP to complete the work. AP asserted that as a result of the banks’ conduct the banks should be equitably estopped from maintaining priority over the subsequently arising mechanics liens filed by AP. In a decision resolving a motion to strike, the Connecticut Superior Court recognized that the contractor could assert the equitable claim to subordinate the lien of the bank’s mortgage. The court also acknowledged that the banks may have assumed the construction contract because they did not advise AP that the developer defaulted. As part of the loan documentation, the banks took a conditional assignment of the construction contract as part of the collateral. The assignment was triggered by the default. The banks were represented by Pullman & Comley.

In a matter of first impression, Garcia & Milas obtained a jury verdict preventing a surety from recovering under the general agreement of indemnity against the indemnitors money the surety had paid to settle subcontractor claims.

CNA, Mercede’s payment bond provider, claimed that it was entitled to reimbursement for money it paid under the general agreement of indemnity to settle a claim asserted by PSE, the installer of structural steel on a Mercede Project for a bankrupt structural steel supplier. After settling a claim against PSE for making a fraudulent claim against CNA, Mercede successfully argued before a jury that the surety, CNA, was not entitled to reimbursement because the surety had acted in bad faith by acting in its own self interest in settling claims that arose because of the way it “processed’ PSE’s claims, breaching the obligation of good faith and fair dealing implied in every general indemnity agreement. The Connecticut Supreme Court affirmed the decision on appeal. CNA was represented by Gordon Muir and Foley. PSE was represented by Pepe & Hazard.

In a matter of first impression, Garcia & Milas obtained a jury verdict in which the jury decided that the Surety failed to provide a proper bid bond to DeFelice, a road builder, as a result of which ConnDOT refused to award DeFelice highway work worth over $50,000,000.

DeFelice was a road contractor who lost a bid because Fireman’s failed to provide a bid bond on the proper state form. In a trial to a jury in U.S. District Court for the District of Connecticut, which was bifurcated as to liability and damages, the jury found that the surety breached the implied contract to provide a bid bond that met the requirements of ConnDOT’s procurement regulation, and was liable in damages when ConnDOT rejected Defelice’s bid as non-conforming. The case was settled after the jury verdict on liability. The Chicago firm Grippo and Elden represented Fireman’s.

In a matter of first impression, Garcia & Milas obtained an arbitration award in favor of Premier against Saturn for more than $490,000 plus interest and legal fees based on the Connecticut Unfair Trade Practices Act as well as the Connecticut version of the Little Miller Act.

Premier performed the roofing work on the Danbury Correctional Facility. After the work was completed and accepted, but before all the retainage was released, the State became aware that the roof was designed so that the steel deck would decompose over time because of moisture that caused the insulation, which was constructed as specified, to emit a chemical that corroded the deck. The State wrongfully withheld money from Saturn, the General Contractor, and Saturn refused to pay Premier. The arbitrators directed Saturn to pay Premier the balance of the contract amount due plus retainage and legal fees, despite the fact that the State was holding money from Saturn because of the potential problems with the roof. The Connecticut Supreme Court affirmed the arbitration panel award for damages, interest and legal fees based on the Connecticut Unfair Trade Practices Act. Saturn was represented by Pepe & Hazard.

Garcia & Milas, representing both the general contractor and Seaboard Surety, obtained an arbitration award preventing the surety from having to pay the cost incurred by the Owner to complete a project which CSB refused to complete. The arbitrators also awarded CSB the unpaid account balance.

Forge wrongfully terminated CSB, the general contractor, from the reconstruction of the Forge Square apartment building in Connecticut. Forge asserted a claim for over $6,000,000 for damages. CSB requested payment of contract balances due. Forge sued CSB as well as its Surety, Seaboard Surety. In an arbitration that lasted over 55 days, the panel awarded CSB most of its contract balance and off set it with a small fraction of the damages Forge claimed leaving a net award in favor of CSB which became the basis of a mechanics lien foreclosure. The decision was affirmed on appeal by the Connecticut Supreme Court. Forge was represented by Pepe & Hazard.