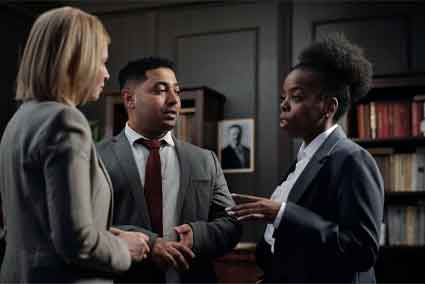 Garcia & Milas obtained an award from an arbitration panel against the Franchisor of Subway Restaurants for $300,000 in punitive damages, legal fees and cost of arbitration (which in the aggregate would exceed $800,000) without any award of compensatory damages. The award was affirmed by the Connecticut Supreme Court. The case followed United States Supreme Court decision where the court struck down jury verdicts for large award of punitive damages where small compensatory damage awards were provided based on the Due Process Clause of the U.S. Constitution. The Court Supreme Court held Connecticut has no clearly defined policy against excessive punitive damage awards under the Connecticut Unfair Trade Practices Act (CUTPA) and arbitration does not constitute state action, in which case BMW of North America, Inc. v. Gore, 517 U.S. 559, 575–85, 116 S. Ct.1589, 134 L. Ed. 2d 809 (1996) does not apply. Wiggin and Dana represented Doctors at the arbitration and on appeal.

In a matter of first impression Garcia & Milas obtained a jury verdict declaring that an insurance agent was the franchisee of the insurance company. The jury awarded Mr. Charts $2,300,000 in damages for wrongful termination of the agency agreement.

A jury found that Mr. Charts was a franchisee of Nationwide and that the agency agreement was wrongfully terminated without cause in violation of the terms of the Connecticut Franchise Act. The jury awarded $2,300,000 and the court awarded legal fees of $750,000. Subsequently, the verdict was vacated on appeal because Mr. Charts had previously filed for protection under Chapter 7 and the Circuit Court of Appeals for the Second Circuit held that the contract from which the claim arose was property of the estate, not Mr. Charts. At the time the Second Circuit decision was rendered, Mr. Charts was deceased and no further action was taken. At trial, Nationwide was represented by Bingham McCutchen. On appeal, Nationwide was represented by Kirkland and Ellis. The decision of the trial court was described by Nationwide as causing a potential tidal wave in the insurance industry.

Garcia & Milas obtained an award from an arbitration panel for LaSalla for $1,704,445 based on the contract interpretation made by  a prior arbitration award where no damages were awarded or requested.

LaSalla is a Subway Development Agent who contested the manner in which Doctors Associates, Inc., the Subway Franchisor, split royalties with LaSalla, one of the franchisor’s development agents. In 2002, LaSalla obtained an arbitration award which directed how a development agent’s royalties should be calculated, interpreting a “modifier” provision of the Development Agent Agreement. The award was confirmed. (June, 2002, Alander, J.) Thereafter Doctors continued to misapply the modifier, despite the direction of prior confirmed award. LaSalla brought a new arbitration seeking a declaration, among other relief, that Doctors had to apply the formula for the modifier set in the prior confirmed award. The arbitrators ruled that res judicata, or claim preclusion, did not prevent the second panel from awarding damages based on the decision of the first panel and entered an order directing Doctors to pay LaSalla $1,096,011 plus prejudgment interest of $608,434. The panel in the earlier case had not been asked to award damages. The second panel also issued a direction that the formula be correctly applied for the balance of the contract term, which then was potentially 26 more years. Wiggin and Dana represented Doctors in both of the arbitrations and the subsequent appeal.